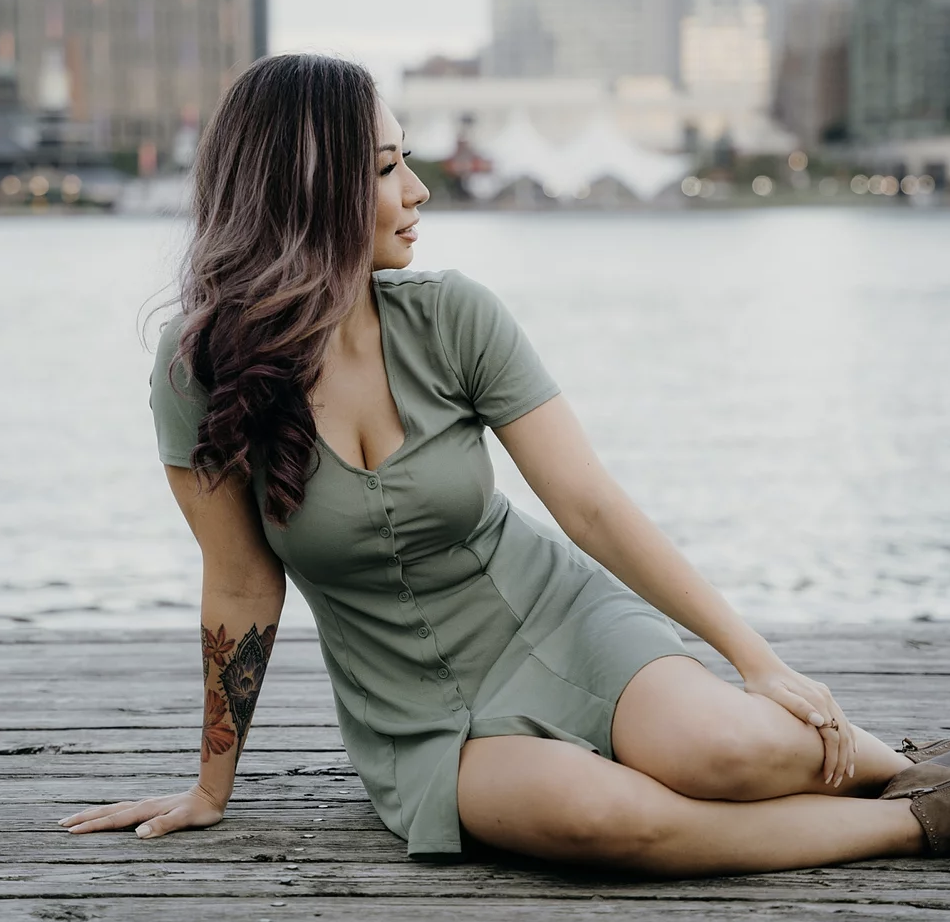 Let me introduce you to one Bada$$ momma, Theresa McConnell, United States Air Force Veteran, who greatly excelled in a male dominated field.

Theresa retired 5 years ago from her career as an Air Force linguist when an amazing opportunity arose for her family in Hawaii.

While the Air Force tends to have more women than other branches of the military, women still only account for aproimatly 30% of the Air force population. Needless to say, it is still very male focused. For Theresa, this meant that it was hard to be heard and she had to find her own way of standing out. She discovered that she needed to find different skills in order to stand out, and that she had to work harder on her current skill base in order to excel.  For example, she made it a point to make sure she was always on time after having her daughter. She never wanted to have others blame her and say it’s because she has a daughter. Being a mom, we have to juggle so many jobs and the guilt of not doing it all perfectly.

Having a child while in the Air Force was another adjustment for her. In order to breastfeed while training, Theresa would have to sneak away, while her male counterparts would constantly ask where she was. Balancing everything was also a struggle, service life and family life are very hard to juggle for a mom who is active duty. Trying to take care of family while preparing for  deployment, constant reassignment, and having to start over at all the new locations was a true struggle. Luckily, unit members would often help out, and they had a sense of community which always helped in difficult times. Theresa moved 3 different times while serving. Then twice after service! Thankfully Theresa had the help and support of her husband, who worked as a contractor in military intelligence and understood her career along with all the challenges associated with it.

In my discussion with Theresa, I asked her: “What did you gain from serving your country?”

“When I was in the service, I would always think why am I going through this? The grit and perseverance it taught me has been tremendous. They’ve built me as a person, given me characteristics that have helped me as a woman entrepreneur.”

Being the bada$$ momma she is, Theresa launched her own brand new business, Nuleaf Nutrition in April of 2020, right during the height of COVID-19!  Without her prior background, and the support of her husband she could not have done so as easily.

Theresa now helps busy women find balance and lose weight. She does this by addressing every aspect of their life such as eating healthier, sleeping better, hydrating, and exercising. She understands the struggles of eating properly after trying extreme diets herself. She felt deprived and would struggle with her energy. Now she’s found her own balance with eating, working out, and her sleep.

Theresa always felt connected to healthy living while growing up. Then while in the military, she knew she wanted to add health and fitness training during the PT evaluations in the Air Force. She loved helping others do better with their PT tests, giving them support, and encouraging them.

Balance is the theme with Theresa whether it is with eating right, finding time for yourself, sleep, or having boundaries between personal and professional. Balance of being too hard on yourself while pushing yourself out of your comfort zone. Strive for progress not perfection! It’s ok if your child doesn’t have every piece of homework done, as long as you still care, it will work out. Theresa faults herself as a perfectionist, and has taken the time this year to unravel why she is a perfectionist and how to re-prioritize. Mindset is key! Historically, as women, we’ve been taught that it is selfish to take time for ourselves. We both agreed we do it to ourselves! When did bragging become about how busy you are?

The ripple effect is HUGE! Children are very intuitive and pick up on things so if you aren’t sleeping well, your children will notice. If you don’t take time for yourself and are always stressed, your kids will notice and think that is normal. Live by example, how do you want your children to live? Then go do it yourself and show them how!

Theresa’s advice for her daughter, Serena, who is her biggest cheerleader:

“If you put your mind to it, you can do it! I want to raise a strong woman, and the best thing I can do is lead by example.”