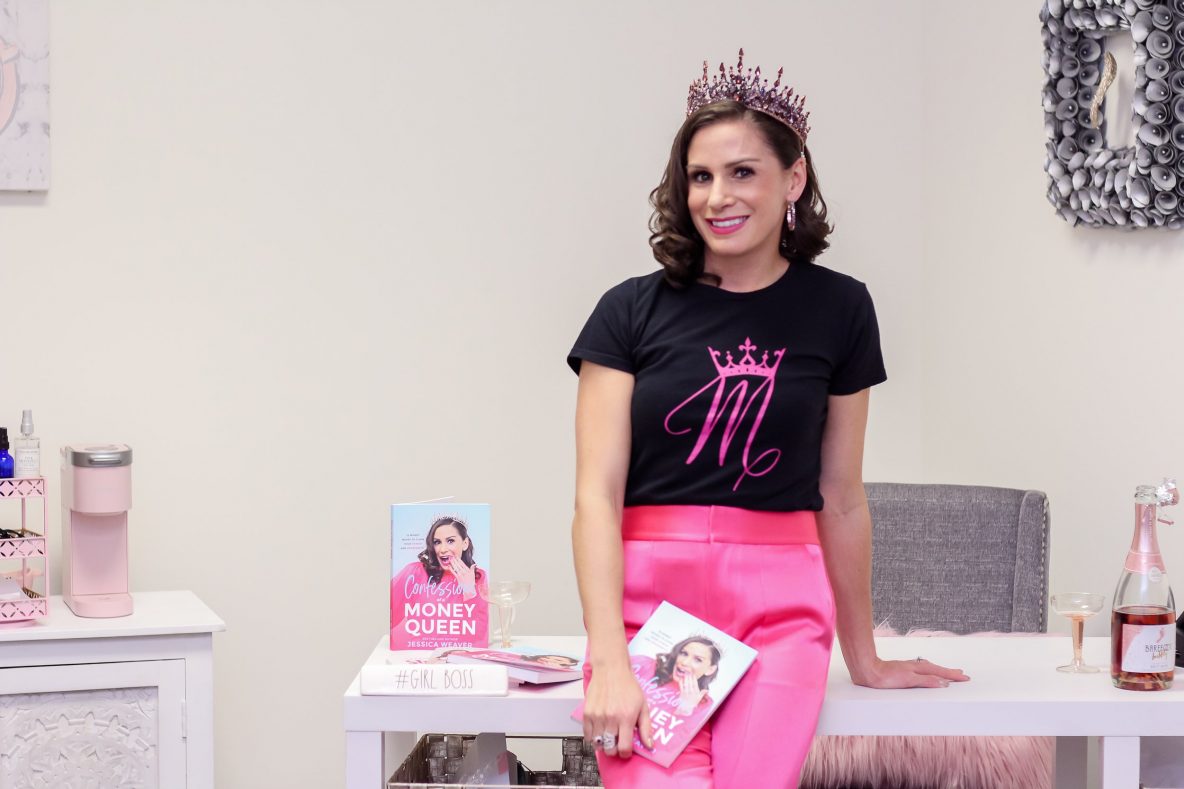 Have you ever been too scared to write down a goal or announce it out loud because what happens if you don’t reach it? You’d be struck with a HUGE failure in your mind, and beat yourself up about it, right? I knew I wasn’t good enough! I should have known better than to think I deserve so much money! It’s never going to happen to me! I just have to work harder to figure this out! I’ll hire more coaches, courses, and throw more money on the problem! Or…you hide away never to try again. You begin to play small, you do more things for free, lower your prices, and shy away from your true worth. You let the failures shrink what is called your wealth consciousness.

Yes, you heard me, you have a wealth consciousness, and until now, you probably didn’t even know about it. The less you know about it, the smaller it is. But not to worry, that is why you were drawn to me. You are here for a reason, to elevate your money game and begin taking quantum leaps with your wealth!

Yet I was wrong! I have become obsessed with the internal factors affecting your wealth. Your mindset, your beliefs, your fears, your value, and even your relationships with money, people, and time. Most women are leaking money, energy, and time, but we don’t even know we are doing it. To quantum leap to wealth, you need to be constantly surrounded by people upping their wealth consciousness. You need to be reading books and courses to expand your thinking of wealth. So I took my own advice, and dove straight in! Every morning I do journal work, prayers, and a meditation to expand my wealth consciousness, meaning I begin to challenge the status quo of my current life and see why I always play with small numbers. I thought a 20-30% increase in my income was good enough. I thought having a boutique firm within my father’s firm was enough. I thought charging lower fees was enough. I thought getting a speaking engagement was enough. But it wasn’t, and it isn’t enough for you.

The problem is we don’t even realize how much we are playing small because that is how we always played the game of wealth. That is how I grew up, and I bet you are surrounded by similar money that you grew up in or maybe just a level up because this is what you know to be true. But it doesn’t have to be true!

I soon realized that I can jump from a $18,000 month to a $135,000 month. I can jump from a $100,000 to a $500,000 month. I can quantum leap to whatever number I get myself comfortable enough with. How do you get comfortable with HUGE amounts of money? By expanding your wealth consciousness! I show you how to do it in Confessions of a Money Queen, my latest best selling book! But even deeper than that, I show you in my new money course: LIFT, a 10 week money miracle journey!

During the 10 weeks together, I will expand your wealth consciousness, elevate your worth, open you to receive income in so many more ways than just a paycheck, heal all your money wounds (yes girl, you have them, we all do! And without healing them, you will always be blocking your money flow), and how to become the GAME of money. You aren’t just a player anymore, YOU are the game!

Dive in with me to expand your wealth consciousness and receive Confessions of a Money Queen as a FREE sign up bonus!

Caitlin was always too afraid to write down her business and money goals. So she spent her adult life winging it in no particular direction at all. This left her constantly wondering is she doing enough? Is she missing an opportunity, or multiple opportunities? Is she working in the right direction?

She felt like she was failing at adulting! With no direction to go in with her business, she would often hide from her truth. Cailtin knew she should be earning more, and she wanted financial independence so badly it made her ache. She wasn’t in a good marriage, yet was trapped because her husband earned everything. Finally she invested in my program, but really she invested in her own future. She just couldn’t handle one more sleepless night!

After the first session, she had a clear vision of what she wanted for her business. For the first time ever, she had her direction! What came so quickly was an influx of new prospects because Caitlin was super clear on who she helps, how she helps, and what her worth was!  Cailtin did the internal work to uncover her worth, her purpose, and suddenly the game changed! Her income went up 50% each month. With so much extra money coming in, she was able to pay off her $20,000 debt, begin saving for her retirement, and build her new life! As your business flourishes, YOU flourish with it!

Invest into yourself like Caitlin did and see how the money game changes!